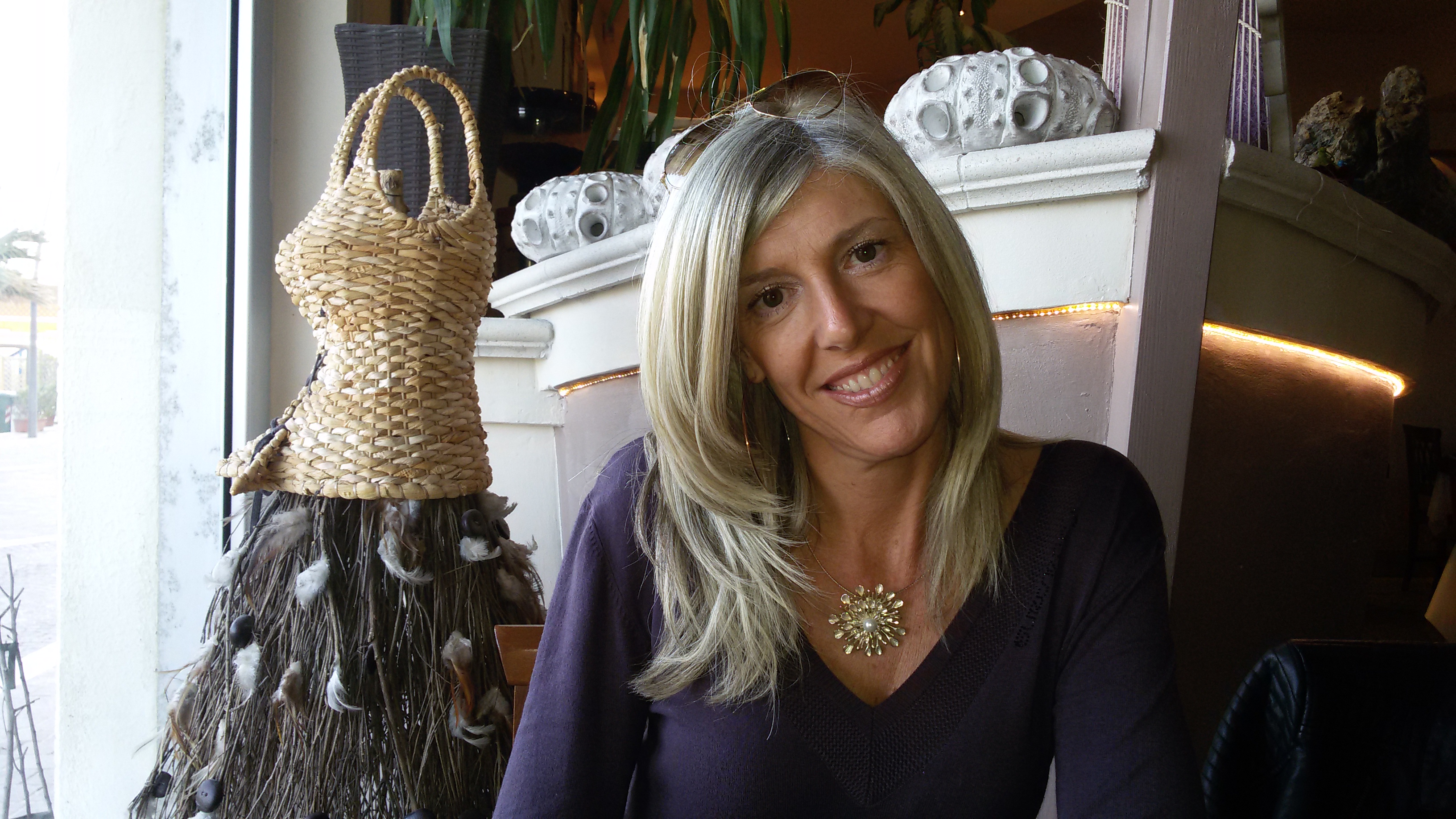 The 12th, September, 2006, was the day my life changed. My husband Franco left for work at 5.30am as usual . He gave me a good morning kiss, and I heard the front door close and drifted off to sleep again only to be woken at 7.20am by the sound of the doorbell. It was my husband’s colleague’s  wife, saying we had to go to the hospital as Franco had had an accident.   A cold sweat  came over me instantly knowing something was wrong. She would never have come and picked me up if it were nothing serious. She drove me to the hospital, forgetting that my husband’s place of work was on the way,  and we encountered his car completely destroyed on the driver’s side with policemen and cordons everywhere. I started to feel panic set in. I wanted to get to the hospital as quickly as possible. The journey seemed like  for ever. I rushed into A and E to find Franco with multiple injuries to his spine and lungs which had already left him paralysed from the chest down. He looked at me and said “ I’m sorry, I couldn’t avoid the van hitting me and I can’t move my legs.” His face was grey and I had never seen such an expression of  fear on his face. Franco was the strongest person I had ever met. What had he done to deserve this? He was so kind and gentle with everyone, and he had already had his fair share of pain thrust upon him at the age of 20 finding out he had a Nasopharynx tumour, only 5 months after we had met in Sorrento in 1984, on my first holiday abroad with my best friend at the age of 17. The chances of survival for him then were low, and extreme therapy was used to fight it. He miraculously recovered leaving him with visible scars and numerous operations in the years to follow.

Within an hour or so of being with him at the hospital I realised something was wrong and called the doctor over to him. They rushed him into Resuscitation and gave him an emergency Tracheostomy. He was now hooked up to all the machines possible and in grave danger of not pulling through. The next four months were living hell for him. How can one person endure such pain for so long? Everyday he went into cardiac arrest and was bought back to me , sometimes even happening while I was by his side. He knew exactly what was happening to him. He was completely compos mentis, but unable to sound the words because of the tracheostomy. I had to lip read when he wanted to say something. He fought so hard to overcome his injuries, but they were too serious and on the 12th, January,2007, he died with me by his side.

I can’t recall very well the following months, I was barely able to remember anything from the previous four. All the days flowed into one. No day, no night, a blur of getting up, and continuing my life without my first and only love.

I knew I had to get back into a routine. Franco and I unfortunately never had children and my immediate family had all now returned to England. I had nothing and noone to put my energy into. Franco’s family were trying to cope with the loss themselves, so I started my English Language Teaching courses again a few weeks later. The hustle and bustle of children coming and going and their enthusiasm for life gave me the focus I needed. My friends were exceptional, they never left me alone for long, inviting me to join them on every occasion. My new life, The new me emerged. I was no longer Alison and Franco but just Alison. Franco will always be with me. I mention him everyday in one way or another. Even with the obstacles put before us in our 22 years together, we had a fabulous marriage, and wonderful times together, leaving lots of happy memories, and that is what I remember the most.

A few years later in 2014 ,the same date 12th, September,  would come back to haunt me, my wonderful mother died after a blood clot, following two strokes, only a few days after the death of my beloved father too. I could never have imagined one date could have given me so much sorrow.

I have become the woman I am today. I feel strong. You can go on, and you will get through it. Take one day at a time and surround yourself with people who love you, whether that be friends or family. There is light at the end of the tunnel. Stay strong. 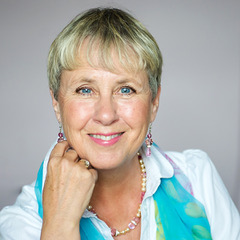 My story of loss and bereavement starts back in the Spring of 2010. We were on a short holiday in Kent. It was partly a business trip, researching an area of Britain for our holiday consultancy the Real Britain Company. I was suddenly aware that Ian, my 57 year old husband ( I was 55 at the time) wasn’t taking in what I was saying to him. Ian also confessed he was feeling generally anxious and out of sorts. I wanted to walk along the white cliffs of Dover, but he just couldn’t. We sat on a bench and looked at them from afar. When we got home the anxiety continued. In fact he felt so out of sorts that he bought me a solitaire diamond ring. He had been planning to do this for our 25th wedding anniversary three years time but he felt he shouldn’t wait.

Over the next couple of years Ian became increasingly depressed and anxious. He lost confidence and became quite withdrawn, especially in company. He also found it increasingly difficult to keep up with conversations and everyday activities, such as emptying the vacuum cleaner or putting a duvet cover on, became a challenge.

During this time our doctor diagnosed acute anxiety and prescribed anti-depressants that didn’t work and Cognitive Behaviour Therapy courses. There was not any consideration that this was anything but acute anxiety. I was increasingly convinced that the anxiety was the resultof his struggle to do everyday things and to communicate effectively, rather than the cause.

To try to keep his brain active and to combat the anxiety we tried new things. Scottish country dancing was a disaster. Bridge classes became just another cause of stress. His golf game, his passion, started to suffer. He was an active member of the village drama group. When he couldn’t learn lines any more he helped out backstage. When he realised he was being carried he stopped all together.

To cut a long story short, after 5 years of witnessing my lovely, competent, sociable, husband decline into a frightened, depressed, shell of himself, incapable of doing anything of significance on his own, and after numerous visits to psychiatrists, neurologists and other professionals Ian was eventually diagnosed as having mixed Dementia – vascular and Alzheimers.

I cried for 2 days. This was the first time I grieved for Ian. For the loss of much of his essence already and for my future loss.

So we have this devastating news. What came next? The answer is simple — NOTHING. The nice lady from the Memory clinic told us, left us with a few leaflets and we never saw her again. We were offered no counselling, no emotional support of any kind from the NHS.

Now it’s not in my nature to wallow for too long, so once I had got over the initial shock I had to try and DO something about it. I found the Alzheimers research site and offered us up for a drug trial project. Off we went to London to be assessed for suitability. To cut another long story short…this eventually led to the re-diagnosis of Dementia with Lewy Bodies. Basically Parkinsons that starts in a different part of the brain.

Living with someone who has DLB is like being a single parent to a toddler, but with none of the joy. Just as new parents are not pre-wired to cope with small children, so carers, even spouses, are not automatically equipped with the ability to cope with  such dependency in an adult, even a much loved one. You run the full range of emotion every day.

Eventually I had to face the awful gut wrenching guilt of putting him into a nursing home, and I grieved some more. His decline was rapid and after only 8 months in a home Ian died.

In the final couple of years I would sometimes look at him and think ‘I don’t remember who you were.’ The process of preparing for his funeral — digging out old photos and writing a eulogy — took me back to before the illness kicked in and I started to recall the person I fell in love with.

Now I can conjure those images readily. They are bitter sweet of course.

We gave up the Real Britain Company when Ian couldn’t cope any more. However I didn’t want to stop working. I didn’t want to be just a carer. I needed something more stimulating to do particularly in the latter stages when our social life had all but dried up and I was largely confined to the house. Also I knew that I must have something to fill the void and keep me going when Ian eventually died. In this respect i suppose I am lucky compared to most other bereaved people. I had time to plan my life after his death.

I started up my business Peach Perfect www.peachperfect.co.uk, my very own online boutique shop filled with perfect presents for customers “to inspire and desire”.  I’ve faced so many challenges, creating a website (twice), building up relationships with customers and suppliers, and working hard to give online visitors a shopping experience that’s memorable for all the right reasons!  Now I’ve reached a stage where Peach Perfect is nicely bedded in and the business is growing well. It really as been my saviour. I still miss the husband I lost slowly over so many agonising years but it has given me a focus and a determination to get on with life.

I AIN’T DONE YET!